Around the time F started grade primary, I worried about his lack of interest in sports. Although school is a great place to make friends and memories, sports and the sense of community that comes from being on a team can’t be replicated anywhere. I know this to be true after years of playing sports myself.

For years, we introduced the idea of soccer, baseball, basketball, gymnastics, track or running, swimming (though we forced swimming lessons – it’s a life skill, people)… ANYTHING that would get F interested in sports. I dragged him to a Halifax Hurricanes game and sat at floor-level hoping he’d be into it. He wasn’t.

Finally, I took F to watch a hockey game in the league M plays in one Sunday afternoon. It was in a cold rink – in fact, it’s now OUR cold rink – and the players were a bunch of guys who just love the game. We were the only people in the stands. F watched quietly at first, becomin

g more excited as goals were scored or people fell. He had a lot of questions about the rules and then, out of nowhere, he asked if he could try hockey.

But there was a problem: F couldn’t skate.

We immediately signed him up for CanSkate lessons in October 2017 because we already knew we couldn’t teach him (we’d tried – three times!). Within a couple of weeks, F was skating shockingly well for a kid who couldn’t so much as stand on skates when he started. By the time his winter skating session had ended, he’d earned seven ribbons and passed several levels. We signed him up for a five-week hockey skills camp to see if he took to hockey and that was the moment we knew we’d sealed the deal.

We signed up for hockey and we signed on to be coaches and team helpers.

Weirdly enough, it is now. I occasionally hate the thought of the 7 am practice, but the first time F sinks the puck in the net and skates away cheering and pumping his little fists, it’s worth it. It’s worth every penny of the hundreds of dollars we spent on gear and fees to play when he comes off the ice with a big smile; it’s worth every minute of rushing from work to home to the rink on Tuesday nights for skills camp to hear him say he finally managed to do that thing he couldn’t do last week.

Mornings at the rink may not have been part of my plan for relaxing weekends spent with my two favourite guys, but they’re our new normal. I will happily get up at 5:45 on Sunday morning, make breakfast for the guys, and sit on my blanket in the stands – bundled up and with my good friend Mike – and watch as M and F skate, pass pucks, and have fun. It’s a small price to pay for the lifetime of memories, skills, lessons, friendships and love those mornings are giving us. 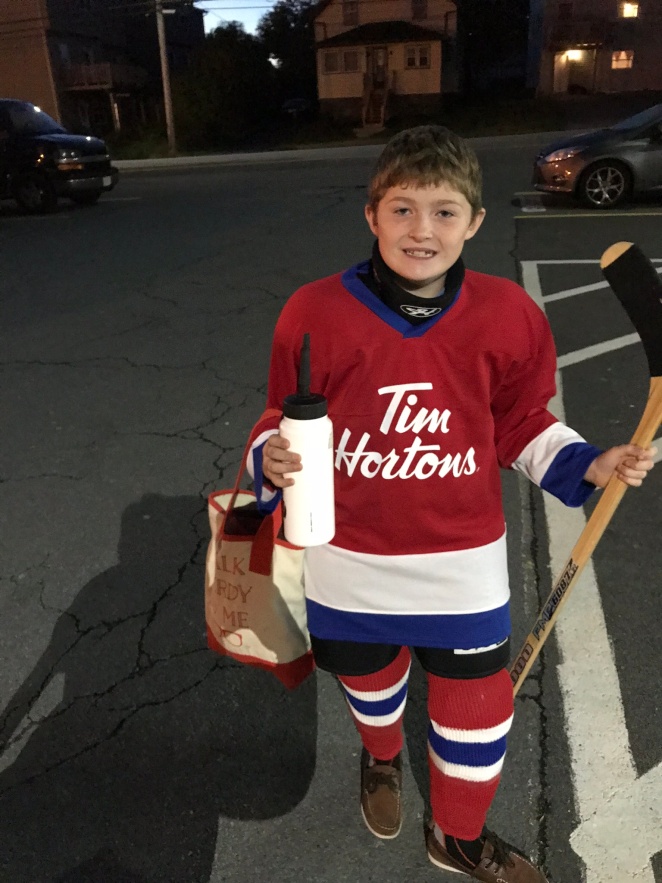 One thought on “mornings at the rink”

go back in time